The Forum has been established as the international conference, which annually becomes the leading event in microsystems in Russia and the CIS. The first forum was held in 2011 in Moscow as a trial event for the Russian audience, dedicated to microsystems agenda. Today the Forum is intended to be a high informative conference towards real-life experience with a wide range of subjects. At the same time, the high level of conference is provided through to participation of leading in-ternational and Russian specialists of MEMS industry. 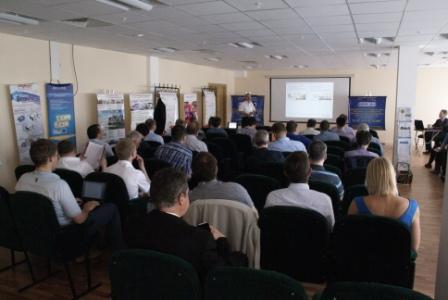 Russian MEMS Association organizes international conferences on microsystems in the largest industrial clusters of Russia. The first step in this direction was IV MEMS-Forum – 2014 in Kazan. The V MEMS-Forum – 2015 was held in a large innovative cluster of our country – Nizhny Novgorod. One of the most science-intensive and advanced Russian organization is situated here – Interagency Center of Solid-state Microelectronics. The company successfully conducts R&D in surface and bulk micromachining as well as manufactures various MEMS devices. Deep understanding and broad experience of Inter-agency Center of Solid-state Microelectronics in the field of MEMS and its strong partnership with RAMEMS make it an ideal site for MEMS-Forum – 2015, including the technical tour around the labora-tories and engineering buildings. Interagency Center of Solid-state Microelectronics scientific and operation base includes the design centre of digital and analog very large scale IC, submicron very large scale IC production, laboratory of semiconductor compound analytical research and very large scale IC assembly sites. 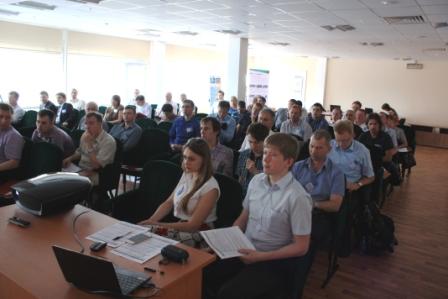 The agenda of MEMS-Forum – 2015 will be divided into two days with several sessions. In the framework of the conference different mi-crosystems technologies and devices were considered from the point of view of their design, manufacture, testing, standardization and applica-tion. The main feature of the MEMS-Forum – 2015 will be a division of the reports into the main blocks, concerning MEMS design and manufacturing. During the first day the presentations were presented on recent trends in microsystems in Russia and abroad. There were both Russian (OOO “Sovtest ATE”, JV Bee Pitron, Interagency Center of Solid-state Microelectronics, Russian Research Insttitute “Electronstandart”, “MIET” and others) and international speakers (Fraunhofer (Germany), Alchimer (France), Picosun Oy (Finland), Maicom Quarz (Gemany). 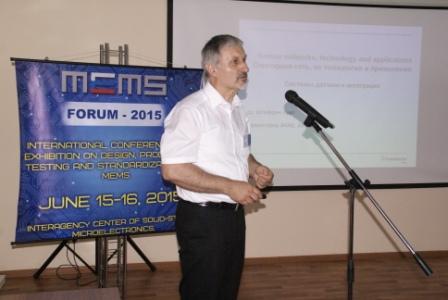 During the first day the following topics were covered

• Sensor networks, technology and applications;
• Design, technology and applications of tunable optical filters;
• Methods of MEMS-devices design with the help of OOFELIE::Multiphysics;
• Deep silicon anisotropic etching and wafer bonding in MEMS manufacturing. BDRIE technology;
• Work site for microsystems technology devices in Interagency Center of Solid-state Microelectronics for radiation-resistant Electronic Component Base design and manufacturing;
• MEMS devices of Nano Micro Systems laboratory in Peter the Great St.Petersburg Polytechnic University;
• Modern tendencies in MEMS technologies manufacturing;
• Integration of Electrografted layers for deep TSV metallization in MEMS integration”;
• New national standards, regulating the process of microsystem devices manufacture, testing and application. The experience of microsystem devices testing in the “Electronstandart” test cen-ter;
• Import substitution in microsystems technique on the Russia market;
• Intelligence MEMS-systems creation. Design, manufacture, sale;
• The experience of intelligence MEMS-systems development centre creation. Cooperation of Science, Education and Business.
The highly informative agenda was finished with the interesting city tour across Nizhny Novgorod and boat tour across the Volga river. The participants visited the main historic places of interest, which are among Nizhny Novgorod heritage trust. Picturesque views to the Kremlin, the main city quays and Alexander Nevsky cathedral made a  suitable atmosphere to have a rest and continue the discussion.

Evaluating market prospects for Russian developers, Dr. D. Urmanov, executive director of Russian MEMS Association, noted that nowadays new MEMS technologies and products are of great topicality in Russia. The interest to use them is explained by it’s wide application – they can be used independently or as a separate part of more complex systems. 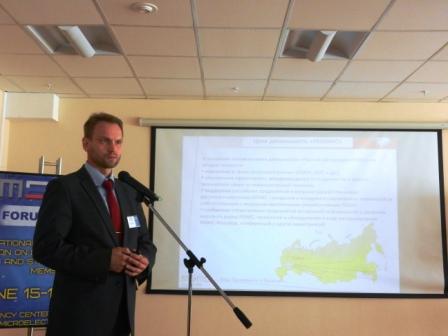 After the round table discussion the participants continued to share their experience, presenting their reports. During the second day the following topics were covered:
• Anisotropic magnetoresistive sensors for automation and monitoring systems;
• Primary  thermoresistive transducer of stream membrane type gas race for accounting and control systems;
• Opportunities of cooperation and services in the field of R&D and pilot production using German MEMS capabilities;
• Methods and Instruments for Estimating Dynamic Characteristics of Inertial MEMS Sensors and Units. Development and Implementation;

Wrapping up, the participants shared their impressions about the con-ference, thanked the speakers for their informative presentations and organizers for the opportunity to discuss MEMS technologies development, listen to the colleagues, thereby to get feedback and to present their reports. New business contacts were made, new projects and co-operation prospects were created between the Forum participants, that was the main goal of such events.

One more nice tradition of Forum is “Best Speaker Award”. This year the award went to A. Kazakin, Postgraduate student at Peter the Great St.Petersburg Polytechnic University.
Moreover there also was “Happy participant award”, which was presented to a participant for a accidentally chosen  questionnaire. This year the winner was U. Svishchev, deputy chief engineer at Driver LLC. 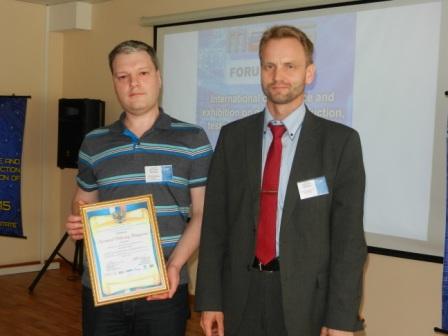 So MEMS Forum celebrated it’s V Anniversary in the atmosphere of constructive and absorbing dialogue, during which speakers shared their achievement in MEMS with the audience, the unique experience of it’s application in wide application, discussed the world MEMS market development level and forecast the way of it’s progress. 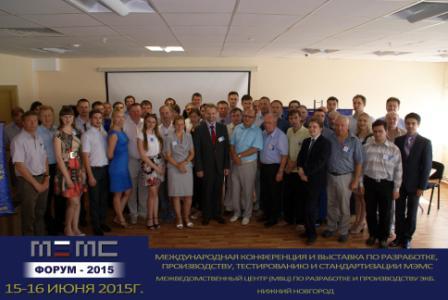 Russian MEMS Association expressed it’s gratitude to the general sponsor “Sovtest ATE”, co-organizer “Interagency Center of Solid-state Microelectronics” and official international partners for the organization of the event, trade journals for advertising support, and also to all the speakers and participants and invite all of them to the VI MEMS-Forum, the venue of which will be Southern Federal University (Taganrog).
Events
2619
0
0