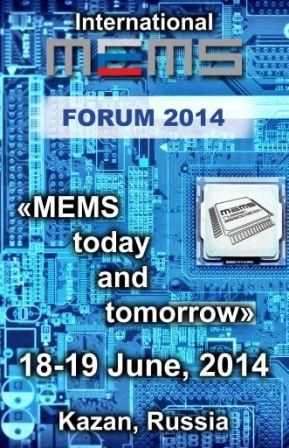 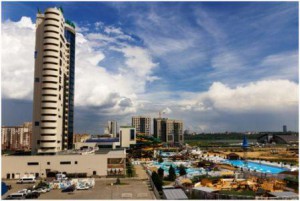 International MEMS-Forum is a unique worldwide event, which has been already held on the intellectual base of Russian enterprises and Universities, who are the leaders in the field of microschemes manufactoring for several years. It is also the most important event on the territory of Russia and the CIS. The motto of the Forum – “MEMS today and tomorrow” was not a coincidence: the participants had an opportunity to evaluate the current level of microsystems development and also to look into the nearest future. 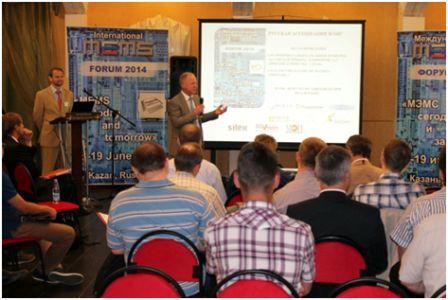 A wide geography of participants despite the situation on the worldwide political stage has proved the important character of MEMS modeling, manufactoring and evaluation. This year in the framework of MEMS-Forum Kazan was visited by representatives from Germany, France, Belgium and Finland, and also from many regions of Russia: from it’s centre to Siberia. 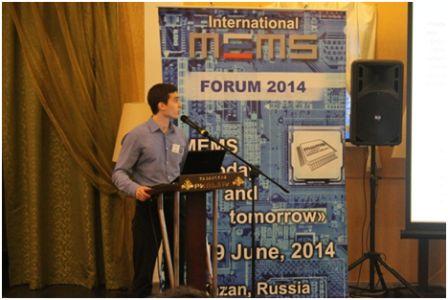 Traditionally the Forum opening began with the welcome speech of Mr. Urmanov, the Executive Director of “Russian MEMS Association”. “Absolutely new concept of the event is an open dialogue between a speaker and audience”, - noted Mr. Urmanov. In fact, this year the distinctive feature of the Kazan Forum was an opportunity for speakers to communicate with their audience: anybody could ask a question, express his opinion about the reports or dispute – sometimes heated disputes had been lasted up to coffee-breaks.  The coffee-breaks were very productive: new business contacts have being made, the terms of new projects have being discussed, and new contracts have being concluded.

During the first day of the Forum the following subjects were covered:
• Methods for micromechanic sensors calibration during the process of vertical gyroscope manufacturing;
• Multiphysics modeling in engineering technologies of inertial microsensors on surface acoustic waves;
• Characterization of MEMS Devices on Wafer-Level;
• MEMS Service for R&D an Fabrication;
• Technological evolution of consumer inertial combo sensors;
• The modern methods for electronic components testing and probation;
• Atomic layer deposition technology for MEMS application;
• Identification of the non-isotropic and nonlinear behavior of micromechanical vibrating gyro;
• An innovative high precision MEMS-based micro flow sensor for gasses;
• MEMS application for automotive in cooperation with German partners;
• Project framework for materials and MEMS technologies application;

During the whole day the specialists of Russian and international companies told about their achievements in the sphere of microsystems, shared their unique experience in wide range of  MEMS application spheres, discussed with the colleagues the level of MEMS technologies in the world and tried to predict their future progress. The reports corresponded the organic combination of researches with practice, corroborated by unique speakers’ knowledge and experience. 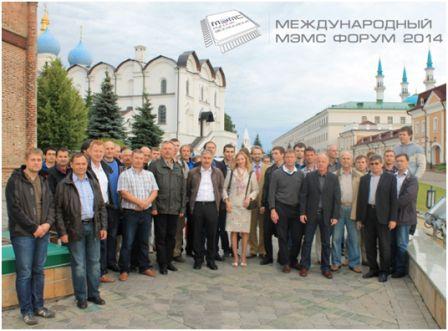 The first day finished with the social program, which contained a bus tour across the historical centre of the city including the famous Kazan Kremlin. The trip through the centuries began with the gem of Kazan – Kul Sharif mosque. Also the participants had an opportunity to visit Annunciation Cathedral, falling Suumbike Tower,  House of Parliament, President Cathedral and finally Kazan Kremlin Tower. In the end of the day there was a captivating boat trip across the beauty Volga river.

One of the MEMS-Forum-2014 characteristic features was an opportunity to cover the topics  simultaneously from the point of view of technologies of systems design and manufactoring, testing and evaluation, application fields (surface, water, etc.), development forecast for a period to 2020.  The formulated topics gave speakers an opportunity to cover all the main fields in MEMS-technologies. During the second finishing day the speakers represented the reports, which covered the following topics:  The second day. Application fields (surface, water, etc.). MEMS modeling, infrastructure, application. Development forecast through to 2020. 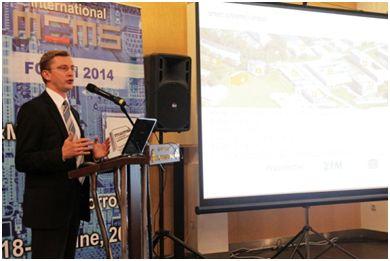 During the second day wrap-up there also was an open discussion: the participants shared their impressions about the event, made speeches, expressed their gratitude, and discussed the subject and the venue of MEMS-Forum 2015.

One more pleasant surprise was the introduction of the nomination “Best Paper Award”. According to the results of voting the winner was Alexander Kukaev, a postgraduate student at Saint Petersburg Electrotechnical University "LETI" for the unique bilingual report on multiphysics modeling.  Also in the framework of the Forum there was a drawing “Happy participant”, during which a winner’s questionnaire was chosen at random. This year a holder of the prize became Konstantin Prilipko, editor-in-chief of the magazine “Technologies in electronic industry”. 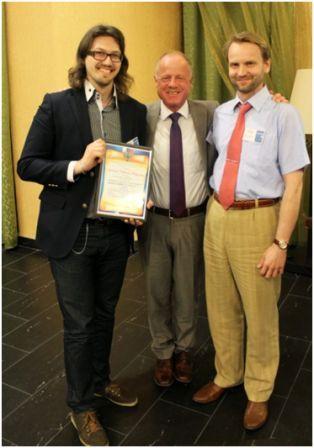 MEMS-industry representatives’ opinions about the Forum:

Dmitry Solozhentsev, head of research laboratory, FGUP “VNIIA”: “A lot of new and useful information concerning MEMS-technologies design, development trends, international colleagues papers was represented at the Forum, that is of interest for me as for a consumer”.

Alexander Kukaev, postgraduate student at Saint Petersburg Electrotechnical University "LETI": “This is my first MEMS-Forum, so I don’t have an opportunity to compare it. I liked this event on the whole and would like to note it’s unique atmosphere of free communication irrespective of position and company. It was very pleasant that such leading companies as Bosch, Yole Dévelopment, Coventor and other were also involved.”

Sven Voigt, engineer at Fraunhofer ENAS: “MEMS-Forum is a unique opportunity to represent your subject to the specialized audience and to get feedback. Moreover, I would like to note the social program – it was great: a wonderful city, a beautiful river…Fantastic!”

Vladimir Lyansburg, head of department, OAO “Research Centre “Polus”: “The organization of the Forum is rather good. The social program is great. The main wish to let this Forum be hold next year!”

“Russian MEMS Association” expressed it’s gratitude to the general sponsor of the event OOO “Sovtest ATE” and official international partners for their help in  carrying out the event, trade Media for advertising support, and also to all the participants and speakers and hope to see them again next year at V International MEMS-Forum."